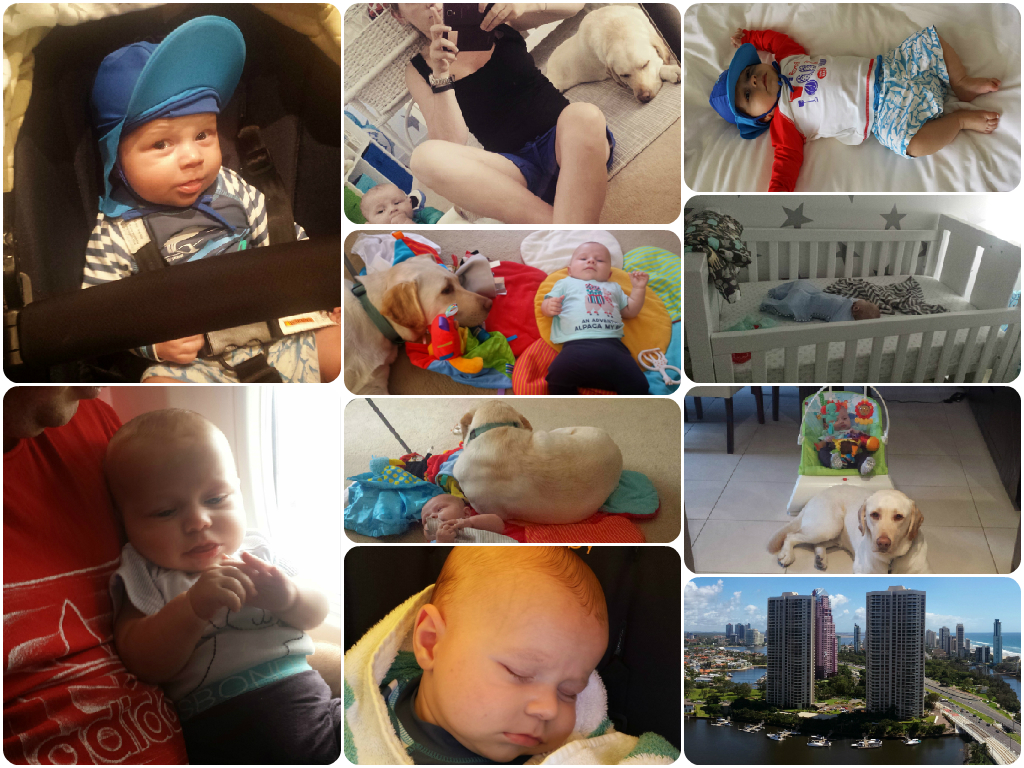 The family seemed to come together this week – Ben started wanting to settle, as close as possible, to Jack. Almost to the point that he tried pushing Jack off his own mat! I’d turn around at dinner to see Ben curl up at Jack’s feet in his bouncer. I think it’s cute, but I’m sure someone out there has a reason for it- something along the lines of Ben trying to compete with Jack, and to remain the dominant blah blah blah…

One morning I crept into Jack’s room to check how he was, only to discover that he’d managed to turn himself around in the middle of the night. I had thought that hubby had beaten me to his room, and had turned him around as a prank. It’s hard to believe that in his sleep (well, hopefully he was asleep) and swaddled with arms and legs basically bound, that he could move so much!

We also had some huge firsts! Our first mini holiday to the Gold Coast just for the weekend. It was our first family holiday with Jack, Jack’s first plane trip and Jack’s first time swimming. Wish it was longer, but still very thankful for being so fortunate to be able to book these trips.