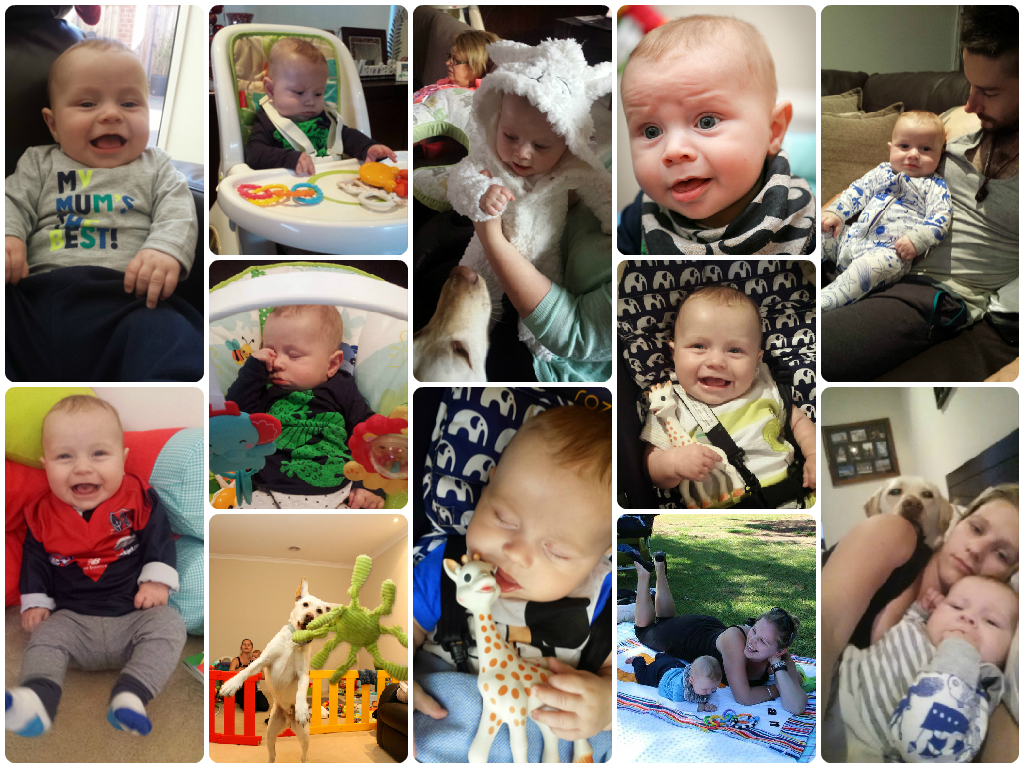 Easter weekend heralded the start of the footy season, Hubby’s first interstate trip for the ice hockey pre-season and the end of daylight savings. I dressed Jack in his Melbourne jumper in celebration of Melbourne’s  first round win, for Uncle Jeffy. We also managed to get out and enjoy a picnic at Werribee Park while the weather was nice.  I really should have been making the most of the gorgeous summer and autumn weather, so hopefully, the rain that is falling now, will disappear and give a few more beautiful days before winter truly hits.

Uncle Sam and Aunt Abbey bought a musical playmat and a bunny suit for Jack for Easter. He loves laying on the mat, with his feet kicking the keyboard and it playing tunes. The fluffy suit had to be the cutest thing ever, and I spent a few minutes on Sunday taking some photos.  Why is it though, as soon as I have an idea, Jack becomes instantly inconsolable and won’t play along? Poor kid, he’s only four and a half months old and he’s already hating the camera!

We spent Easter Sunday down at Pt Lonsdale with some of the extended family.